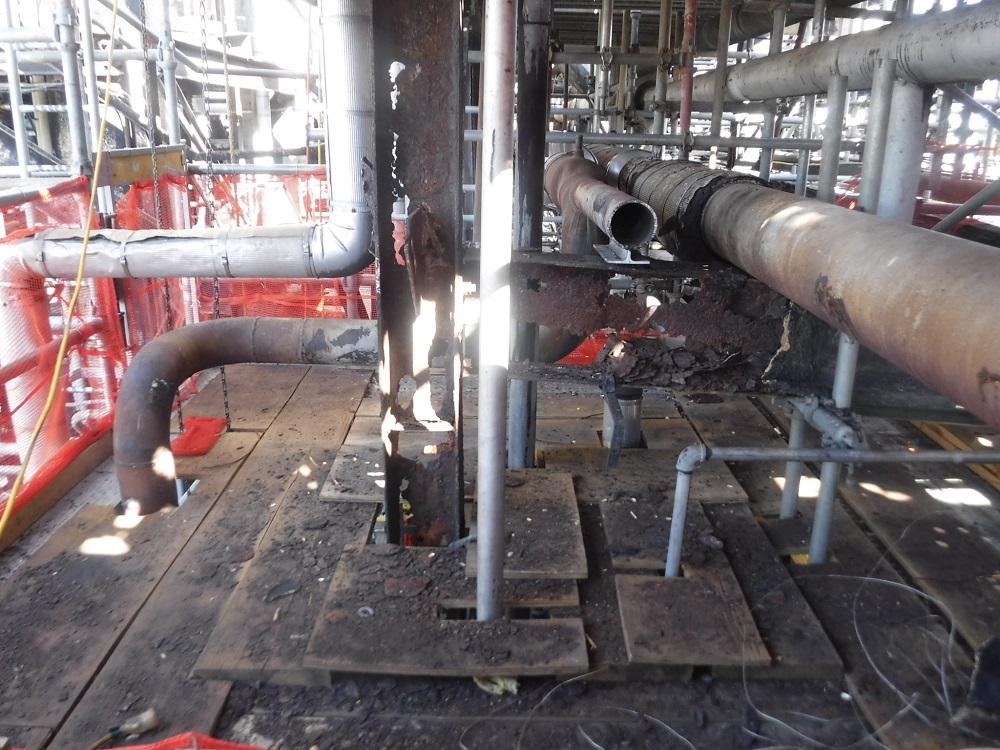 What if I Stop My Fireproofing Program?

It is not uncommon to encounter a facility that conducts a structural and fireproofing evaluation, identifies several heavily deteriorated items or areas, and decides to spend the next 2 to 3 years’ budgets on fixing those items and halting additional field evaluations until after that time.  The 2 to 3-year break causes a lack of continuity and many times the programs tend to get dropped.  This often lasts for a couple years until significant incidents of spalling concrete occur (highly dangerous), prompting the facility to re-start the evaluations.  This typically just leads back to another 2 to 3-year cycle break between inspections, and so on as the cycle is repetitive.

The most significant problem with this cycle approach is that the structures and their fireproofed coatings continue to deteriorate.  As time goes on, these deterioration mechanisms reach a point where they start growing exponentially.  Once that occurs, the number of safety incidents and costs of repair start growing exponentially as well.  At Brindley Engineering, we have often seen this neglect go on for multiple cycles until a more serious defect is identified, prompting a re-evaluation.  We have seen entire floor framing structures deteriorate to the point where walking on them would be hazardous.  We have seen columns that were so corroded that entire sections were missing, greatly altering the load path.  Several of the issues we have discovered would have led to a wide-spread structural failure had anything near a design-level loading event occurred.

How to Avoid the Cycle

Budgets are always limited and have multiple competing priorities.  In lean years, the focus on the continuity of a structural and fireproofing maintenance plan may have to take a back seat as a result.  However, as a minimum, it is advisable to maintain a regular evaluation schedule, primarily for safety reasons. These evaluations tend to be a small fraction of the total budget and should be prioritized along with the pressure boundary inspections versus putting repairs or preventative maintenance on hold.  Regular evaluations help avoid worsening implications that could have significant cost and safety ramifications based on where the structures are on the degradation curve.