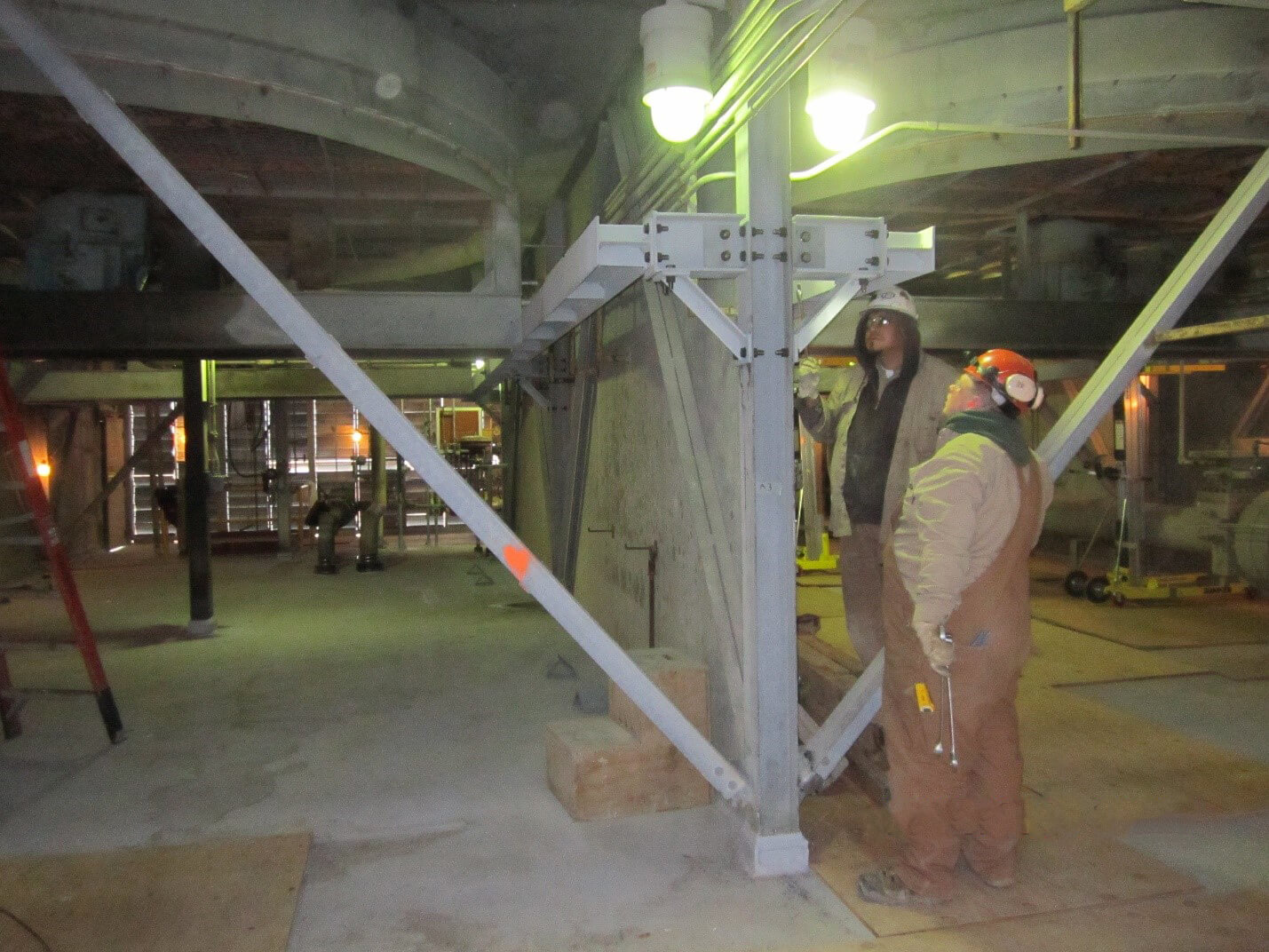 BE was consulted to provide a field evaluation, analysis, engineering, design and construction field technical services for the removal and replacement of multiple module roofs that also served as the floors and support structures for fin fans mounted to the floors.   These modules were located at a facility in Prudhoe Bay, Alaska and the projects lasted over a multi-year period. Upon initial evaluation into the root cause of failure of the existing flooring systems, it was found that the existing fin fans were experiencing excessive vibrations and had been field mitigated previously by installing screw jacks from the fin fan motor structure to the concrete floor. These vibrations were largely caused by a combination of the dynamic forces caused by motor and gear box, which were mounted to a steel “sled” and supported vertically by a low-stiffness, thin sheet metal shroud. Understanding and implementing a solution to mitigate or divert these vibrations proved critical to providing a final product that had high constructability and was fit for service in this harsh environment.

Designing a mechanically robust nozzle configuration with no operational downtime

To redistribute the vibration forces, BE designed a stiffening system that tied the existing motor supports back into the structural steel columns around the perimeter of the floor, which support the superstructure above the fin fans. This stiffening system incorporated W8 structural members as lateral bracing, with webs horizontal, to provide stiffness in the direction of highest vibration, which was lateral. Great details such as all bolted and double-nutted slip-critical connections allowed for great constructability and improved reliability by greatly dissipating the vibration by stiffening the dynamic load through the steel system. The new fin fan stiffening systems, of which 13 have been installed, have proved effective over their first seven years of design life. Fin fan stiffening, although not part of the original fin fan floor replacement scope, proved to be a vital project addition to mitigate a root cause of failure, and thus, increase the next service life cycle of the fin fan floors.

Several evaluations occurred in the winter where it was so cold the batteries in our cameras froze and our crews had to come indoors every 15 minutes to warm themselves and their tools up.  Additionally, there were considerable obstructions to avoid in these tight spaces, above sensitive equipment, with SIS instrumentation and shut-down electrical equipment in the immediate area.  In addition, the work was to be done during a turnaround, making constructability even more important.