Prudhoe Bay, Alaska, Summer 2019 — Prudhoe Bay is known as the largest oil field in North America with ~24 billion barrels of recoverable oil present (past and future). When we tell people we work here, most people react in the same fashion “Wow! It gets cold up there, right?” Indeed. The average low temperature varies between -27°F to 39°F with a recorded low of -62°F. This is an area with such an extreme climate and yet the workplace for thousands of temporary workers. It is also inhabited by abundant wildlife. Despite the harsh environment, there is a unique beauty to the area and abundant wildlife.
This article highlights the beautiful wildlife that our team encountered every day during our 6-year project in Prudhoe Bay.

Brindley Engineering has been supporting a Maintenance Construction project at one of the Prudhoe Bay facilities since 2013. This project has given our team a chance to travel to one of the most secluded areas of the world. We have visited dozens of times, for various lengths of stay, to directly support construction activities.  Among the gravel roads, oil rigs and temporary process plants, it is easy to see the undeniable beauty in this extreme climate and wildlife that call it home.  Polar bears! Polar Bears, which occasionally wander into areas occupied by our team…makes for an interesting day at work.

Some may wonder, ‘Is that safe?’ Well, it keeps us on our toes, and we have to be aware of our surroundings at all times.

Excuse Me Please – Coming Through.

Prudhoe Bay is home to over 200 bird species, including ravens, geese, swans, gulls and eagles. Herds of caribou migrate from the North Slope down south through Brooks Range to their wintering grounds from July to October, which often leads them through the oil fields of Prudhoe Bay. This provides the residents, workers and tourists a once in a lifetime opportunity to view large herds of caribou traveling through the tundra. It’s an incredible sight to see.

During the winter months you may be lucky enough to observe the rare arctic fox. The arctic fox is a small fox which adapted well to living in the arctic with its thick, warm fur which also serves as camouflage. The fox preys on small animals in the area, especially seabirds. The arctic fox is preyed on by eagles, polar bears, grizzly bears and red foxes. Arctic fox are becoming endangered due to the continual population increase of red foxes, which can out-compete them due to their larger size.

This 6-year project just ended and has been fascinating in all aspects, both professionally and particularly in seeing first-hand the harsh environment and the unique wildlife that thrive there. Our engineers are sad this phase of work is over and will hold fond memories of this location, project, and team forever. We wanted to document and share the beauty we have encountered on the North Slope of Alaska. 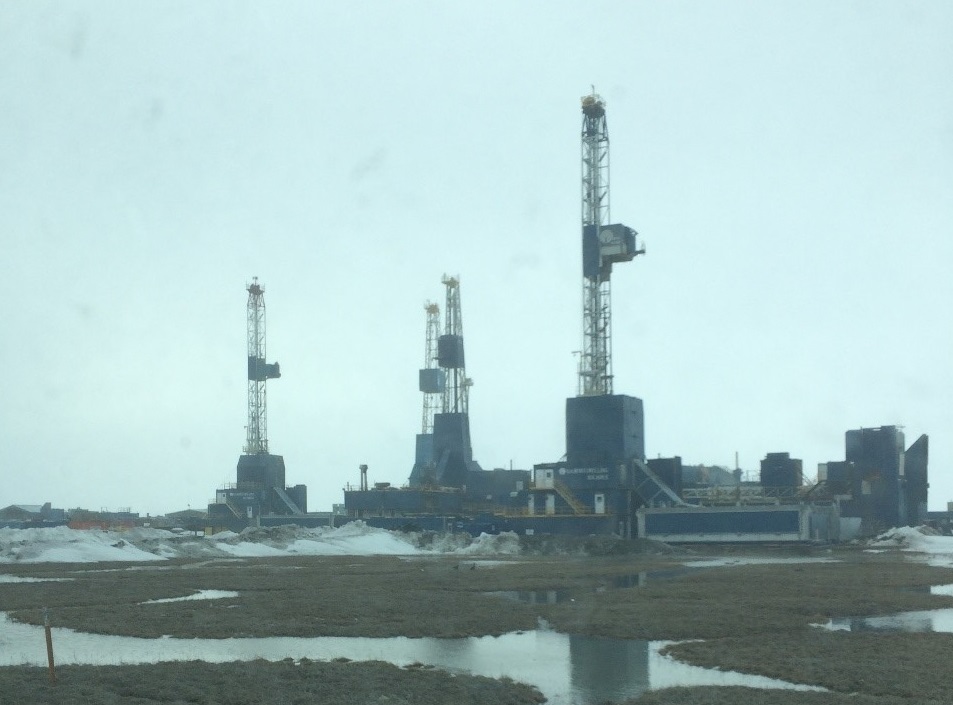 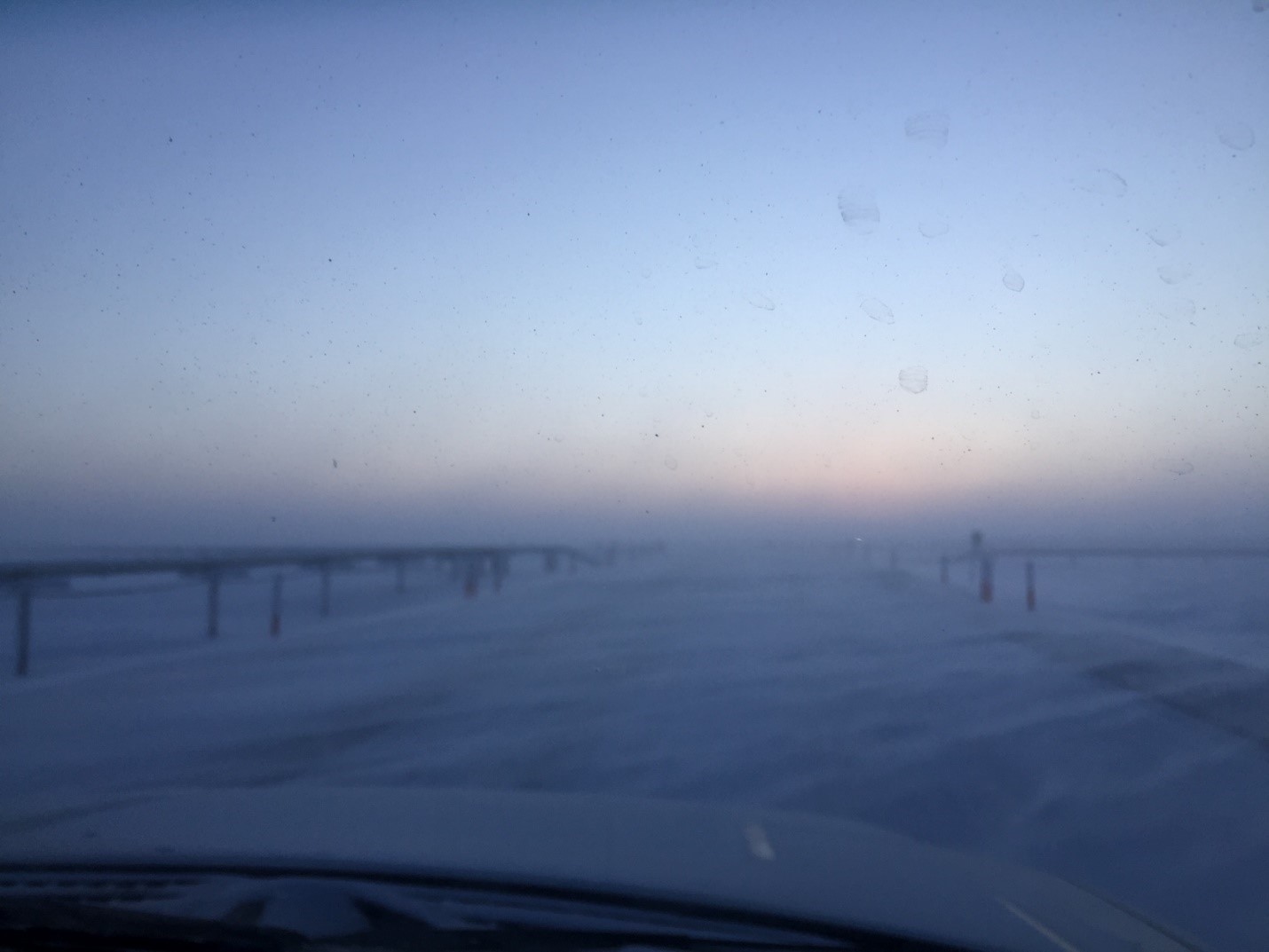 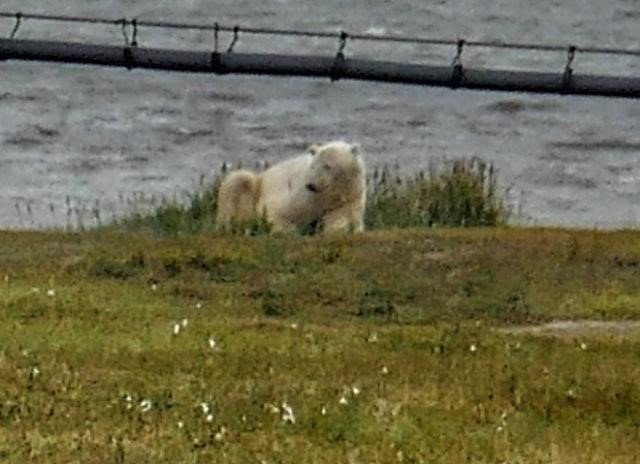 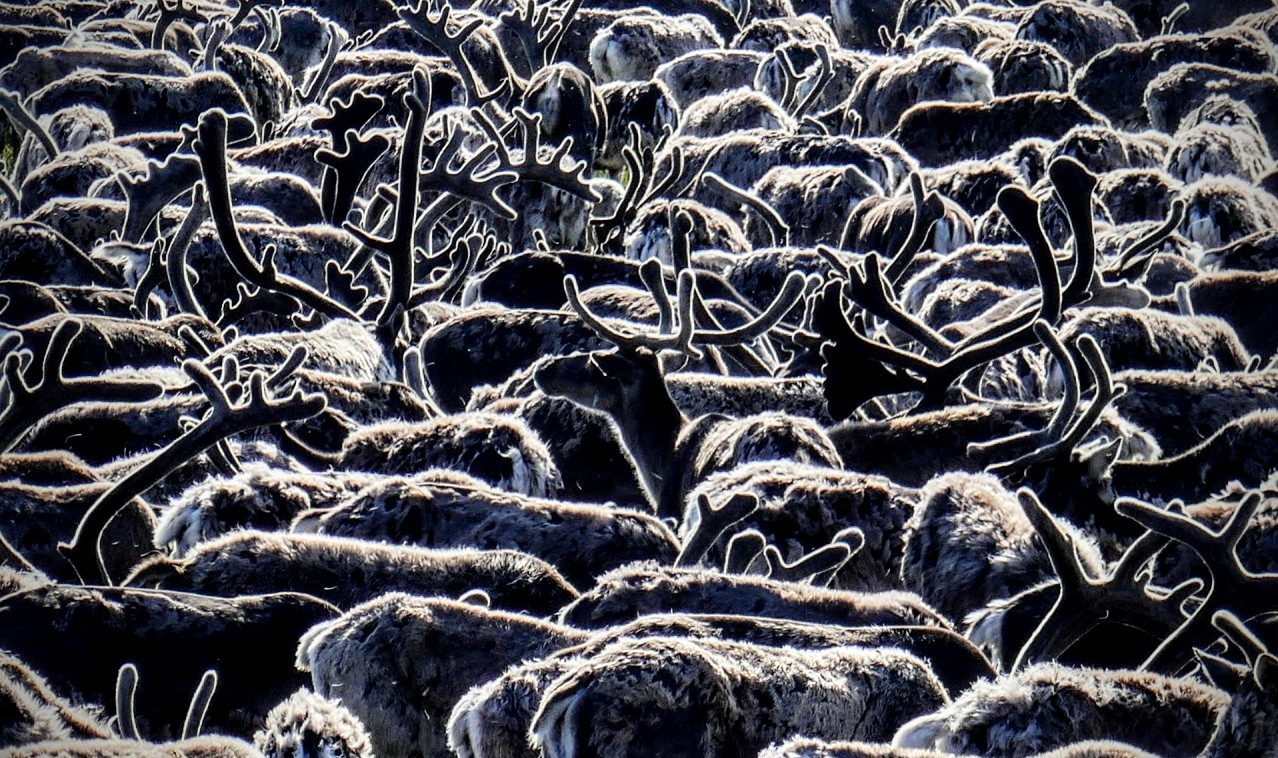 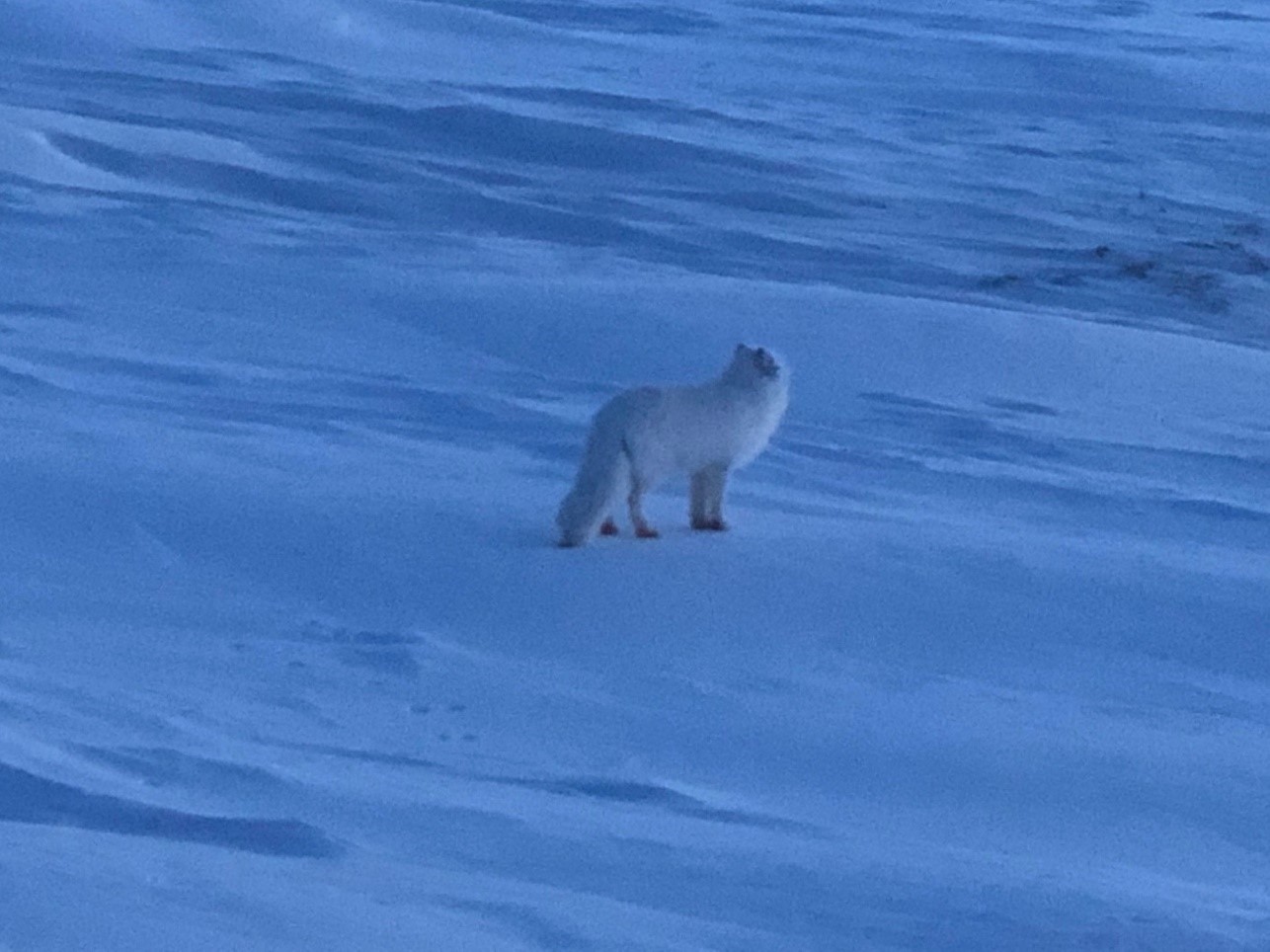 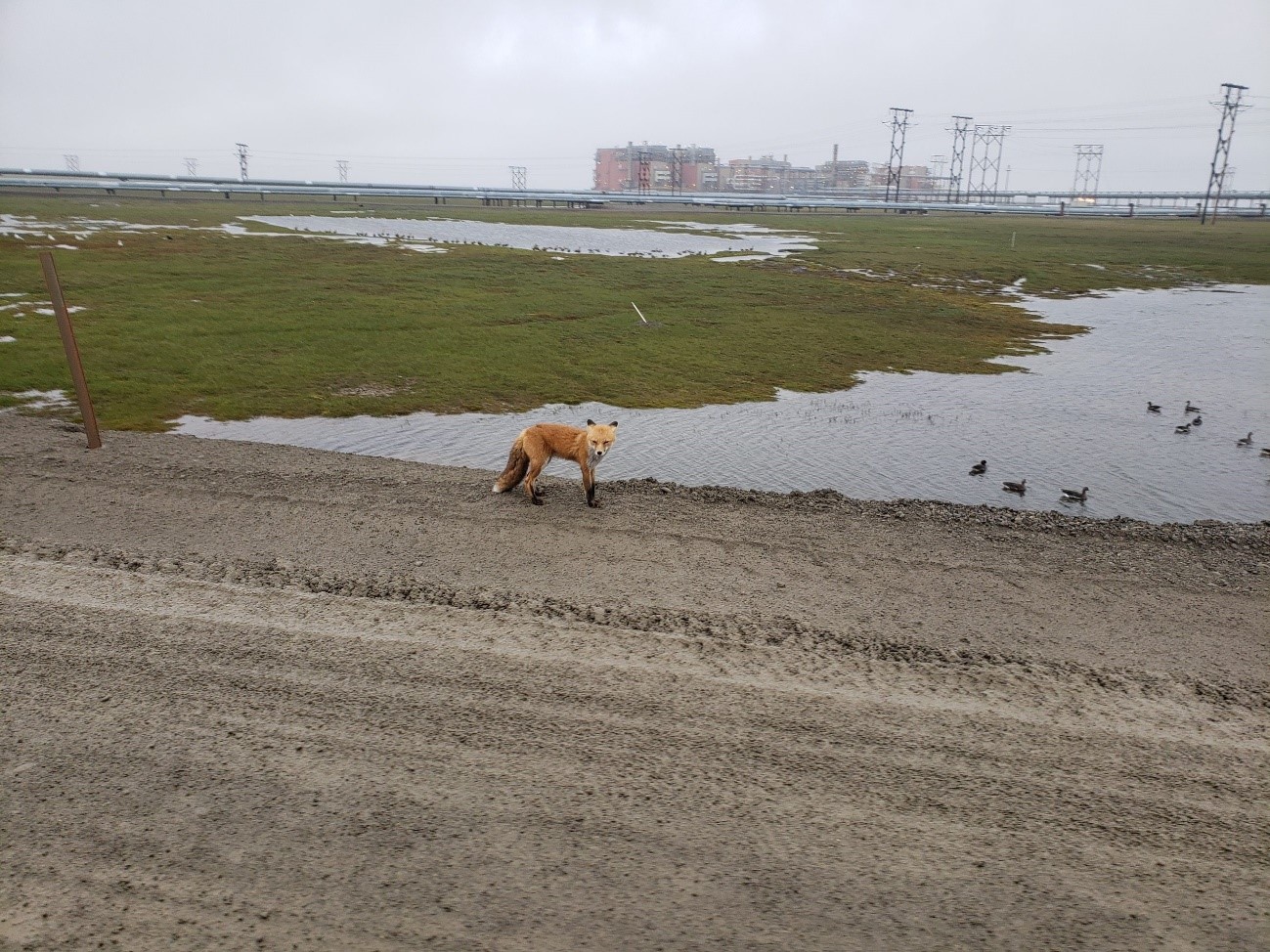